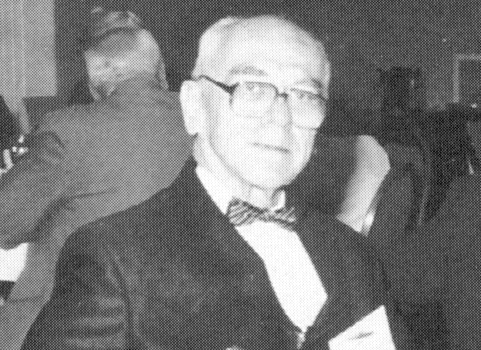 George Ress was born in Elizabeth, NJ in 1924. He was a resident of Poughkeepsie, NY since 1952 and was retired from IBM. He was active in Freemasonry since 1947 and held a number of leadership positions. George was a Navy combat veteran and served on board the USS Sproston.

He was the founder and President of the USS Sproston Reunion Group. He was the author of two books chronicalling the history of the Sproston from 1943 to 1968. He was actively involved in contacting shipmates who had served on the ship.

He was a graduate of the University of Miami (BA), Wager College (MA) and held a PhD from New York University. He shared his knowledge and taught at many educational institutions.

George will be greatly missed by all of his shipmates and friends in the USS Sproston Reunion Group. His leadership over the years has provided a sound foundation to carry on the legacy of a proud ship of the United States Navy. He will be with us in spirit for as long as the Uss Sproston Reunion Group exists. It was truly a pleasure to know and serve with him.

WE WILL CARRY ON THE SPROSTON TRADITION